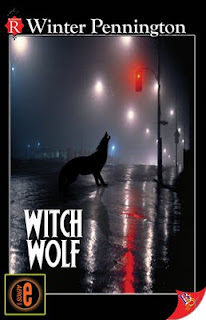 Kassandra Lyall is a witch by birth, a werewolf by circumstance and a licensed Preternatural Private Investigator and Paranormal Huntress by choice.  She lives in a world where vampires are an accepted part of society and werewolves aren't. That is why Kass prefers to work alone, but she's often called in by the police to help with cases.
When mutilated bodies show up, Kass finds herself working on two cases that could endanger her own existence.  It's obvious that there is a rogue werewolf involved in the murders and another werewolf asks her to help find her missing brother.  The cases bring Kass into contact with a world she has tried to avoid and a woman she finds frightening and irresistible, Lenorre Countess Vampire of Oklahoma.  Kass feels the cocoon of safety she's built around herself being ripped apart.  She has to find a way to make her changing paranormal situation, the murder investigation and her complicated relationship with Lenorre come into sync and maintain her identity.

Winter Pennington fell into a twist on the proverbial stew of biting off more than she should have chewed in Witch Wolf.  It's a first book in a series she intends to write about these characters and she spends more time introducing them and how they fit into the picture than she does in telling a story.  She either should have written more or tried to cover less territory; then what is a passable story would have become a better book.
The publisher brands this as a romance which only works if that's interpreted in the classic definition of the word.  There's very little development of a love story, which is what most readers will expect from the label.  The mystery that is supposed to tie the characters together never really has much suspense about it and the answer to what is happening is apparent fairly quickly.
Pennington is trying to create a complex world with complicated characters, but it would have worked better if she had let the different aspects she wants to cover show up gradually in each book instead of trying to pour it all into one.  She makes a reference to something significant that happens to Kass then never mentions it again in the book.  Since the title of her next book has already been announced, it's clear that this situation will be important then, but it has no relevance to this book.

What is interesting about the book is the characters and the potential they show for the future.  Kassandra Lyall is a complicated personality and has a lot more to reveal about the different aspects of her life.  The world of vampires as represented by Lenorre isn't typical and could be an interesting story line by itself. There is a scene about what happens to a vampire at the end of a night that describes a process not usually discussed.  The strength of the series will depend on how Pennington develops the story lines from now on.
Although the story in Witch Wolf is thin, it will provide a strong platform to launch the rest of the series.  All the characters need are story lines that develop as they do.