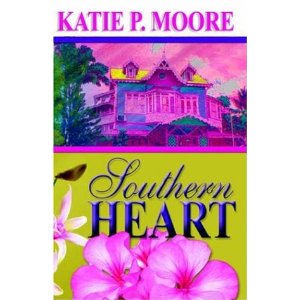 Kari Bossier hasn't been home to Louisiana in over three years and she isn't thrilled to be headed that way at the opening of the book.  She has been summoned to the family estate by her mother to participate in the annual garden party, an event steeped in old Southern traditions, none of which appeal to Kari.  She is happy living in Seattle, far from her mother and sister, especially her mother.  The two of them seem to have nothing in common and have never had anything but a difficult relationship.  Kari also has a secret because she has discovered she is a lesbian.  She hasn't done anything about that yet, but this is an issue that she definitely doesn't want to discuss with her mother.

The trip home is more momentous than Kari could ever imagine however.  Soon after arriving she meets Regency, the beautiful daughter of the gardener, who enjoys flirting, hot sex, and introducing Kari to a world that she had only dreamed about.  Kari also finds herself reluctantly having to entertain Lani Trusdor, the daughter of one of her mother's friends.  Lani, who is robust, sturdy (oh, heck, just say plus sized) and quiet, is nothing like Regency.  At first she appears to have no hope of attracting Kari's attention, but Kari begins to realize there is more to Lani than just appearance.  Eventually, Kari finds herself questioning which woman is really the more attractive person.  And in the process, discovers a secret about her mother that alters their entire relationship.

One of the most intriguing aspects of this book is the character of Lani.  She is not your typical central player in a lesbian novel.  She isn't tall and beautiful with startling magnetism.  Lani represents what many women are like, a little bit of a weight problem, a shy personality, not necessarily the center of attention in a crowd.  She has quite a competitor in the flashy, charismatic Regency, but you'll find yourself hoping that Lani wins the girl because she possesses the attributes that should be important.

There is one drawback to this book.  It should have been longer.  Katie Moore could have spent more time on developing her characters and explaining their motivations.  The reader knows what Kari does, but not always why.  By the end of the book, you know who she chooses, but why Kari chooses her is harder to grasp.  This is a good book that, with some more time and development, could have been much better.
Posted by Lynne Pierce at 6:01 PM