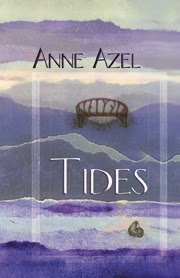 
It’s unfortunate when a book that has a basically good story is ruined by poor production methods.  With all of the editing programs and qualified editors that are available, there is no excuse for a book that has multiple errors.  The problem diminishes as the book progresses, but the first few chapters are full of mistakes, including misspelled words and words that are missing from the sentences.


Jackie Cunningham is a former TV and press journalist who has reached that point in her life where she can live her life exactly like she wants to.  She’s in her 70s and dying, so she says what she thinks without compromising or worrying about who she upsets.  Before she dies, Jackie has a few things to take care of.  She wants to make sure that her niece Paula, Paula’s partner and their child are set up comfortably in the home that Jackie owns on the coast of Newfoundland.  She’s also willing to take care of the rest of the family if they’ll just leave her alone.

The story is told in alternating scenes from Jackie’s early life and the present.  Because of the time in which the book is set, Jackie is not out as a lesbian most of her life, but that didn’t keep her from having a full and healthy sexual life; however, her real partners were the adventures she had and the adrenaline rush she got from them.  She avoids her real partner to dash around the world after stories.  This creates another problem with the book in that it reads like a listing of famous historical events in the twentieth century.  Instead of developing any of the experiences completely to show Jackie’s character, it’s almost like listening to Billy Joel’s “We Didn’t Start the Fire,” where incidents are spewed forth so quickly, most of them aren’t heard, much less understood.  It seems that Azel is creating a record of the century rather than trying to tell a story.

Few of the characters are very interesting, though the end of Jackie’s life is fun.  As the family circles like vultures, she derives great pleasure from setting up an oceanographic institute for Paula and showing her obvious favor for Paula’s family.  It’s also clear that she is somewhat jealous of the freedom that Paula feels in today’s world.  The reader will easily imagine Jackie wondering what her life would have been like if the attitudes towards homosexuals had been different.

Tides could have been a much better book with a little more time and a great deal more detail to how it was published.  As it is, it comes off as OK, not terribly offensive, but not outstanding either.  Azel has certainly done better in the past.

The publisher is aware of the problem with some of the books and has promised to replace any of them that are flawed if the reader contacts the company.

Posted by Lynne Pierce at 11:21 PM No comments: