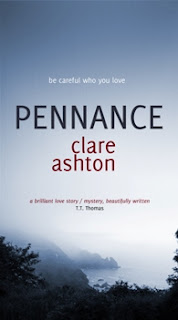 It is difficult to accept other reviews of this book when they call it “stunning,” “well-written” and give it other accolades.   Let’s grant them that they may have read the paper version and I read the ebook where all of the missing words, misspelled words and poorly constructed sentences showed up.  That doesn’t explain the praises for the plot though.  It contains some of the most unlikeable characters I’ve come across in some time.

The central characters are Lucy and Karen.  Lucy is living in seclusion in a cottage with the spirit of her dead partner, Jake.  She can hardly function because of the guilt she feels over not being able to save Jake in an accident she didn’t cause and that she barely survived herself.  Jake is inconsiderate enough to hang around giving her sad looks and doing nothing to help her move on with her life.  Lucy’s profound state of depression has her hiding from everyone and trying to escape everything by running every day.  On one of her runs she discovers that the manor house on the property is now inhabited by Karen and her two children.  Karen is recently divorced and has two of the most opposite children possible.  Her son is goodness and light and her daughter is straight out of “The Omen” or “The Bad Seed.”  Of course Lucy and Karen become friends and then an attraction develops between them.  As their relationship develops, the story takes a nasty turn as someone tries at least twice to kill Lucy.  If the reader doesn’t know immediately who it is, she just hasn’t been paying attention to the story.

The story in Pennance is fundamentally fine.  As the title indicates, both of these women feel that they have to atone for their lives.  What isn’t totally clear is why each one takes so much guilt on herself.  Lucy acknowledges that she and Jake didn’t really love each other and Karen’s husband is certainly contributed to their problems.  The constant harping on how much each one feels she screwed up becomes irritating after a while.  The real mystery in the story however is how everyone deals with Karen’s daughter, who shows definite signs of being a psychopath.  This child needs serious professional help, but instead is allowed to get away with the things she does and receives a type of reward (to her) in the end of the book.  There was already plenty of angst in this book without adding this child to the mix.

Pennance is one of those books that shows a writer has ability, but needs some help with polishing a book.  The author has said that the mistakes were in earlier copies and have been corrected; however, the copy that I read was purchased a while after the book was published and I would have presumed the mistakes would be gone.  What Clare Ashton needs is experience and a good editor.  She’s willing to write a story with an edge, which lesbian fiction sorely needs.  The edge needs to be smoothed out though, so that it slices instead of hacks at what Ashton is trying to say.

Posted by Lynne Pierce at 7:47 AM No comments: