I received this announcement yesterday and I thought I should post it here.  Those of you who have been members of the Lesfic_Unbound Yahoo group from the beginning may remember that these awards were originally an idea that Mickey Minner and I came up with and Mickey was nice enough to agree to host on the web since I knew nothing about that sort of thing.  Actually, a lot like now with some slight improvement.  The awards  arose out of a widespread dissatisfaction that was running through many of the online groups with both the Lambda Literary Society and Golden Crown Literary Society awards.  We were hoping to give readers a chance to really express their opinions about the books.

Mickey and Jo Fothergill took it over and went in a different direction from what we originally talked about, but I remained a member and watched its activities with interest.  Although it had over 600 members, the participation in the awards was never what I had hoped it would be.  Winning an award is always nice, but I've been critical of the awards for not truly reflecting readers' opinions.  In the last selection of outstanding book covers, only 47 votes were cast for 22 nominated covers.  The highest vote getter only got 9 votes.

I would like to think that these awards failed because of some serious reform issues that have been pressed with Lambda and GCLS.  There is still some room to improve both of them, but there have definitely been steps made in the right direction by each group.  I still think there is a place for an award that reflects the average reader's choices, but people can't be forced to participate.  With the closing of the LFRCA, it's more incumbent on us than ever to make sure that the awards that are given stand for something.  I think that's something we can all work for.


The Lesbian Fiction Readers' Choice Awards were founded in order to provide a voice to lesbian fiction readers who often are left out of other award programs. We believed it to be important to give voice to this essential segment of the lesbian fiction community. However, during the past six years, while the LFRCA membership steadily increased, member participation, to nominate and vote, steadily decreased.
Consequently, we have reluctantly concluded this indicates that the LFRCA is no longer providing a relevant opportunity to the readers of lesbian fiction. Although, we continue to believe in the LFRCA and the readers of lesbian fiction, we simply can no longer justify the time required administering the LFRCA in view of this lack of member participation.
Therefore, we have, regretfully,decided to discontinue the Lesbian Fiction Readers' Choice Awards and will delete the Yahoo Group on November 5th.
Mickey Minner
Jo Fothergill
Posted by Lynne Pierce at 5:40 PM No comments: 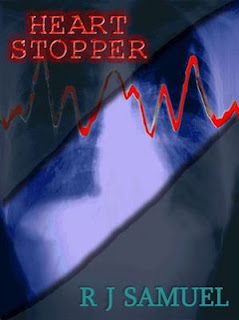 
Heart Stopper is a medical mystery and suspense story.  Its topic is so realistic that it’s frightening and it makes the title especially appropriate.

Priya Joseph is a woman caught between cultures.  Although her parents came from India, she was raised in Ireland, so she identifies as Irish, but can’t escape the expectations of an Indian daughter.  She also is a gay woman living in a straight culture, a situation her parents refuse to accept.  Priya retreats into the world of cyber code where everything is supposed to be black and white, pure and logical.  Emphasis is on “supposed.”  She is a very successful programmer for a company that makes heart pacemakers when her life starts to unravel.

Priya’s nightmare begins when she wakes up in the apartment of her boss and he’s dead.  She can’t remember how she got there, so she panics and flees.  Her boss’s sister Reyna first suspects Priya of having something to do with his death and then expects her to help uncover what happened to him.  The facts slowly reveal a conspiracy with frightening possibilities and that it may all be based on research that Priya did years before.  Pacemakers are being used in a way never intended.  As Priya tries to sort out the situation, she finds herself developing an attraction to Reyna and being hunted by people who don’t want the secret of what they are doing revealed.

This book could have used a stronger editor.  There are mistakes through it and some scenes needed to be cut back.  The medical jargon and details about pacemakers will probably be skipped by most readers.  The opening scene doesn’t seem necessary or pertinent to the rest of the book, but that’s a small issue.  On the whole though, the book is well paced and the characters are complex.

At least Heart Stopper is different from many of the books that are flooding out of lesbian presses now.  The story is unique and depends on true suspense to carry the plot.  It’s not a cookie cutter version of the usual mysteries that aren’t mysteries but vehicles for a love story.  The conclusion of the book also takes a different path from the usual easy happy ever after version.  With stronger editing, R J Samuel could emerge as a major writer in the genre.

The Raven's Heart by Jesse Blackadder 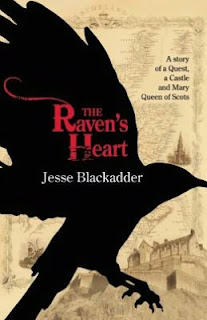 
Jesse Blackadder went on a hunt to discover the origins of her family name and arrived at a fascinating telling of a period in Scottish history.  Her curiosity about her roots gave readers a very entertaining novel.

Alison Blackadder was raised by her father to believe that her family’s lands and heritage were stolen long before she was born, but that one day they would be reclaimed.  To protect her from assassins who are hunting her family, Alison was raised as a boy, Robert.  That gives her the ability to slip in and out of both the male and female worlds, a skill that brings her to the attention of Mary Queen of Scots.  Mary has just returned from spending most of her life in France and knows very little about her own country or the political forces there.  Alison comes to the court planning on using Mary to recapture her inheritance.  Instead, she becomes Mary’s weapon in trying to control Scotland and its notorious nobility.  Alison teaches Mary how to move among her people in disguise, to find out what they really want and need, but, as any student of history knows, it won’t be enough.  As Mary’s weaknesses begin to work against her, Alison, who now realizes she serves the queen out of love, fights for a future for her family, her country and herself.

Students of history might question the version that is presented in The Raven’s Heart.  Mary is portrayed as being more noble and heroic than most accounts would make her.  The basics of the story are true however and knowing what eventually happens does not weaken the tale that Blackadder spins.  If anything, Mary Queen of Scots is portrayed as a much stronger and determined woman than history would lead one to believe.  The book is marked by detailed character development, both in the strong and weak characters.  Blackadder’s descriptions of tavern life, the protocols in a royal court and the descriptions of the people’s daily lives create an atmosphere of reality.  It’s so realistic that the danger is in the reader believing that this is the way the real events unfolded.

The Raven’s Heart is an unusual lesbian novel.  Although the love interests are present, the story focuses on intrigue, dangerous escapades and 16th century life.  Love affairs play a minor part as the reader will be swept up in the rich dialogue and twists and turns of the plot.  This is a book for people who like strong, interesting stories and fast paced action.  The fact that it might teach a little history is an added bonus.


Posted by Lynne Pierce at 5:59 PM No comments: 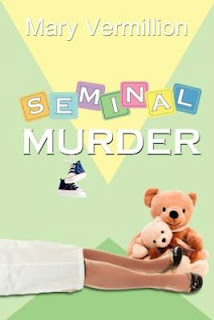 Seminal Murder is the third installment in the Mara Gilgannon mystery series and centers around the murder of a sperm bank director, a friend of Mara’s, but it touches on other issues as well.  Mara’s former partner is going through the heartbreak of a failed series of artificial inseminations.  This gives the story a chance to talk about what some women have to go through in their attempts to have children.  There is also a young character who is trying to find her birth father and is encountering problems because of privacy laws protecting sperm donors, so another sub plot deals with the rights of children to find out about their birth parents.  Finally there is an ultraconservative Christian minister and his flock who may remind the reader of Fred Phelps and his fanatical congregation at the Westboro Baptist Church.  For a book that isn’t very long there is a lot going on.

Mary Vermillion does a good job of tying these different strands together to create a cohesive story.  It would be easy to lose track of the murder with the various topics that are covered, but she never loses sight that, for Mara, it’s about who killed her friend Dr. Grace Everest.  Some of the characters are quirky and, at times, Mara is rather sad.  She’s supposed to be in a relationship with another woman, but she obviously still pines after her ex-lover.  Vermillion doesn’t overplay this however.  It’s a series and she has time to work out that situation with later books. The book has a good pace and the solution to the murder isn’t clear until the end, always a good point for a mystery.

Seminal Murder is a quick entertaining book to read.  It might help to read the first two books in the series to have the background of the continuing characters, but it isn’t absolutely necessary.  This is one of those books that is good for an afternoon.

This will be short and sweet.  I was sent this book to review, so at least I didn’t spend money on it.  I got about half way through the book and had to stop.  I should say here that I never stop reading a book.  I always push through to the end to try and find something redeeming about it, but this book makes absolutely no sense at all.   The confusion starts with a prologue that is incomprehensible. I read the blurb that is listed on Amazon and kept looking for that story, but had not gotten to it by the time I gave up.  The characters’ conversations make no sense most of the time.  The events jump around and there are constant references to things that have nothing to do with the scene.  There are references to people from the past and comments as if the characters were there, but also living in the present.  Since the events were seventy years apart and the characters are much younger than that, it doesn’t seem likely.  The main characters seem to meet at a party where everyone has assumed a different persona and are intrigued by each other.  From then on the relationships between the different characters becomes nothing but more confusing.

Save yourself some money and don’t buy this one.