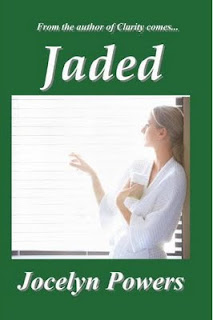 Courtney Wilhelm is a high powered acquisitions lawyer on the fast track to partner in her firm.  She has her life completely planned and there's no room in her schedule for a permanent relationship.  Everything spins out of control when she learns that the deceased sister she was estranged from left behind a small daughter named Jade and Courtney is to be her guardian. In just a day she goes from being someone who knows nothing about children to being the sole provider for a six year old she's never met and it turns her carefully ordered world upside down.  When she enrolls Jade in her old school, Courtney finds support in Jade's teacher Lauren McCallum.  Not only does Lauren understand children, but she triggers emotions in Courtney that she thought were long dead.  Courtney will have to decide which is more important, her career or the fullness that has been brought to her life by a child and a woman she loves.

This was an interesting story to read because the topic was different, but plausible.  Watching Courtney try to cope with a child entering her life gave the book an interesting perspective.  So often in books the children are already in place and a given entity.  Courtney's struggle to decide whether or not she is the best person to raise Jade is something to which the reader can relate.  Things go perhaps a little too easily for someone who is portrayed as so inexperienced and the relationship develops between the women very quickly.  Also, despite what Lauren says in the book, most schools would have a problem with a teacher being involved in a personal relationship with one of her student's guardians.  Lengthening the book a little would have allowed more time to deal with these issues in a more realistic manner.  Those are minor drawbacks to the story however.

Overall Jaded is a good story and is well told.