Something in the Wine by Jae 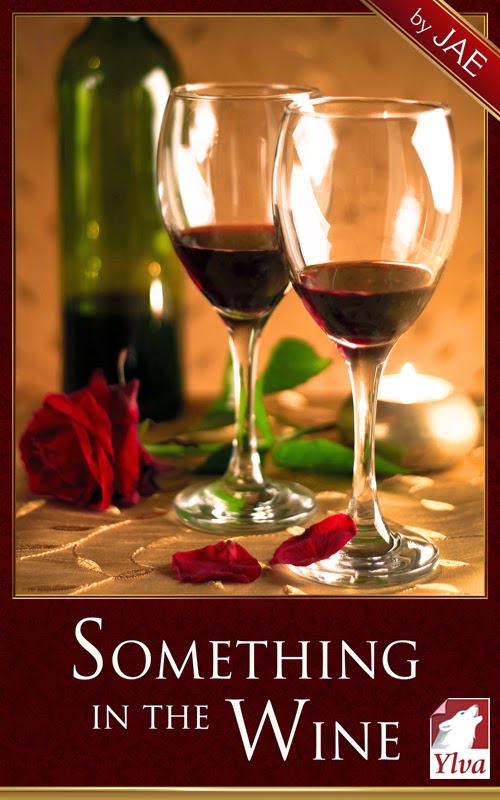 What do you do when you decide to play a joke on someone else and the joke turns out to be on you?

Annie and Jake Prideaux have a typical sibling relationship, she’s an adult and he’s a perpetual kid.  One of Jake’s favorite things is to play practical jokes on his long suffering and “unconnected” sister.  He tells Annie that he’s going to set her up on a date with a close friend that he just knows she’ll like.  Jake neglects to tell Annie that his friend Drew Corbin is a woman.  Drew is totally focused on her vineyard, but has begun to realize that she needs more in her life.  She’s seen Annie before and is happy to have the date, but not when she discovers what Jake has done to them.  Instead of the explosion that Jake expects, the women decide to turn the tables on Jake and act like they have actually fallen in love.  This includes attending Prideaux family events where Jake discovers that he’s very uncomfortable with the situation and accuses Drew of confusing his sister.

Annie and Drew are both confused by the middle of the book.  Annie has never experienced feelings for a woman before, not that she took seriously anyway, and Drew knows that getting involved with a straight woman is disappointment waiting to happen.

Jae is becoming a young legend in the field of lesbian fiction.  Her books are longer than most romances and full of details and plot that have made her a multiple award winner.  What usually amazes her readers however is that she is a native German and writes better in English than a lot of her contemporaries.  Her books are amazingly free of mistakes, which means the reader isn’t distracted by errors that interrupt the story.

Something in the Wine is a coming-out romance about a slighter older character than is usually found in those stories and the typical already burned lesbian.  Though it isn’t Jae’s strongest book, it’s still an enjoyable story and entertaining.  If you like lesbian literature, it’s difficult to go wrong with this author.